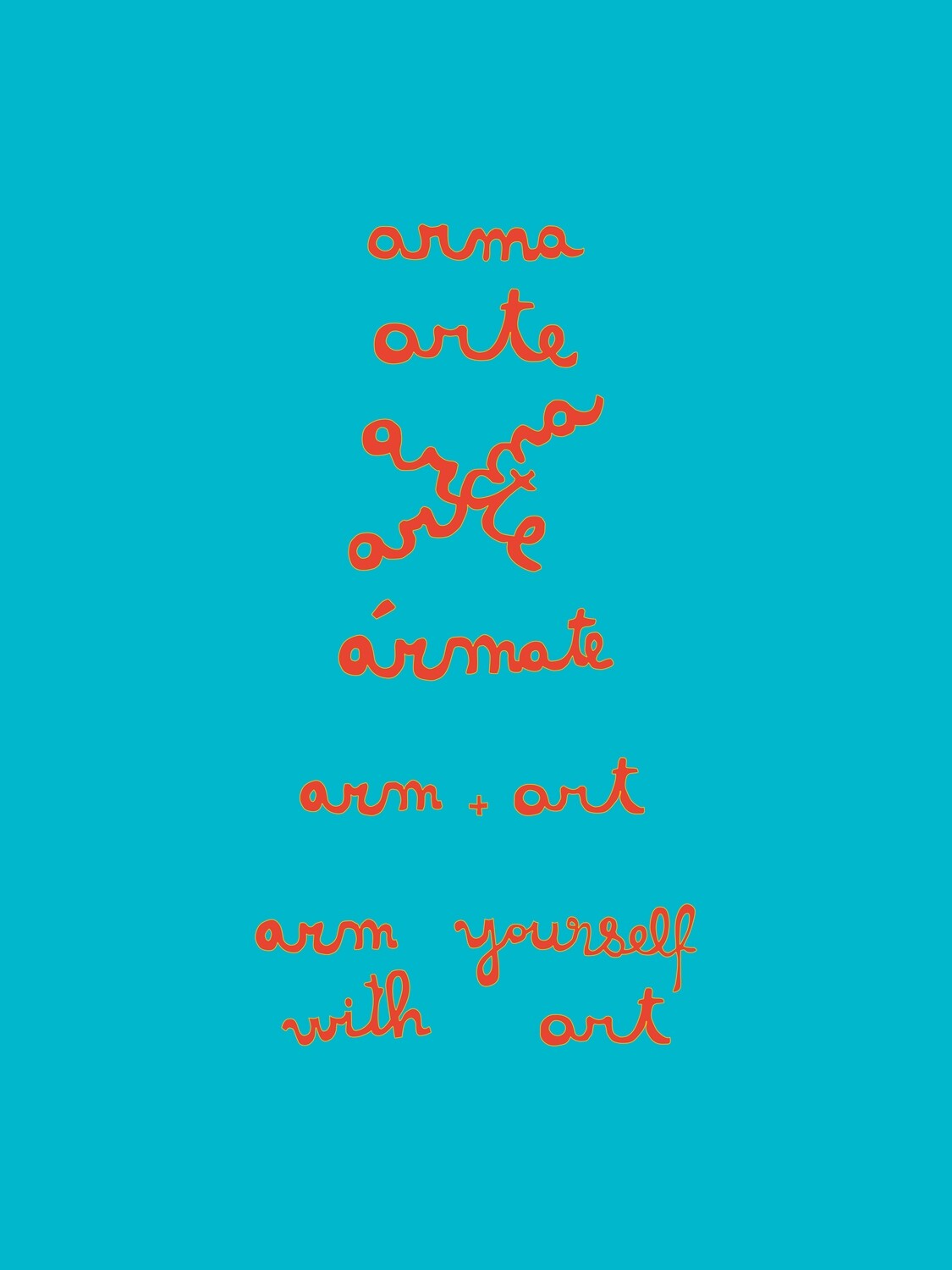 Cecilia Vicuña’s artistic practice centers itself within notions of remembrance, narrative, and connectivity, with a distinct emphasis on the intertwining importance of cultural heritage, indigenous knowledge, and feminist politics. Arté armate belongs to Vicuña’s Palabrarmas series from 1974, and demonstrates the fluidity with which she approaches a practice that spans sculpture, installation, and painting, as well as poetry and writing. Palabrarmas or “armed words” featured terms or phrases rarely associated, conjoined to produce new meanings. Created in the wake of an exile that followed the Pinochet-led coup of 1973, this work features a double meaning that evokes political urgency, couched in playful cursive text and contrasting primary colors. In a stunning contraction of historical militancy, humor, and micro resistance, Arté armate and the Palabrarmas series represent a significant but lesser-known chapter in Vicuña’s career.

Cecilia Vicuña was born in 1948 in Santiago, Chile. She received her BA from the National School of Fine Arts, University of Chile (1971) and subsequently received a British Council scholarship to pursue post-graduate study at the Slade School of Fine Arts, University College in London (1972- 73). Vicuña’s work has been included in solo presentations at venues including Institute of Contemporary Arts, London, (1973); Art in General, New York (1998); Brooklyn Museum, NY (2018); and Wexner Center for the Arts, Columbus, OH (2019), among others. Her work has also been featured in group exhibitions including The Decade Show, New Museum, New York (1990); Whitney Biennial, New York (1997); WACK! Art and the Feminist Revolution, The Museum of Contemporary Art, Los Angeles, (2007); Sydney Biennial (2012); and Documenta, Athens and Kassel (2017). Cecilia Vicuña currently lives and works in New York