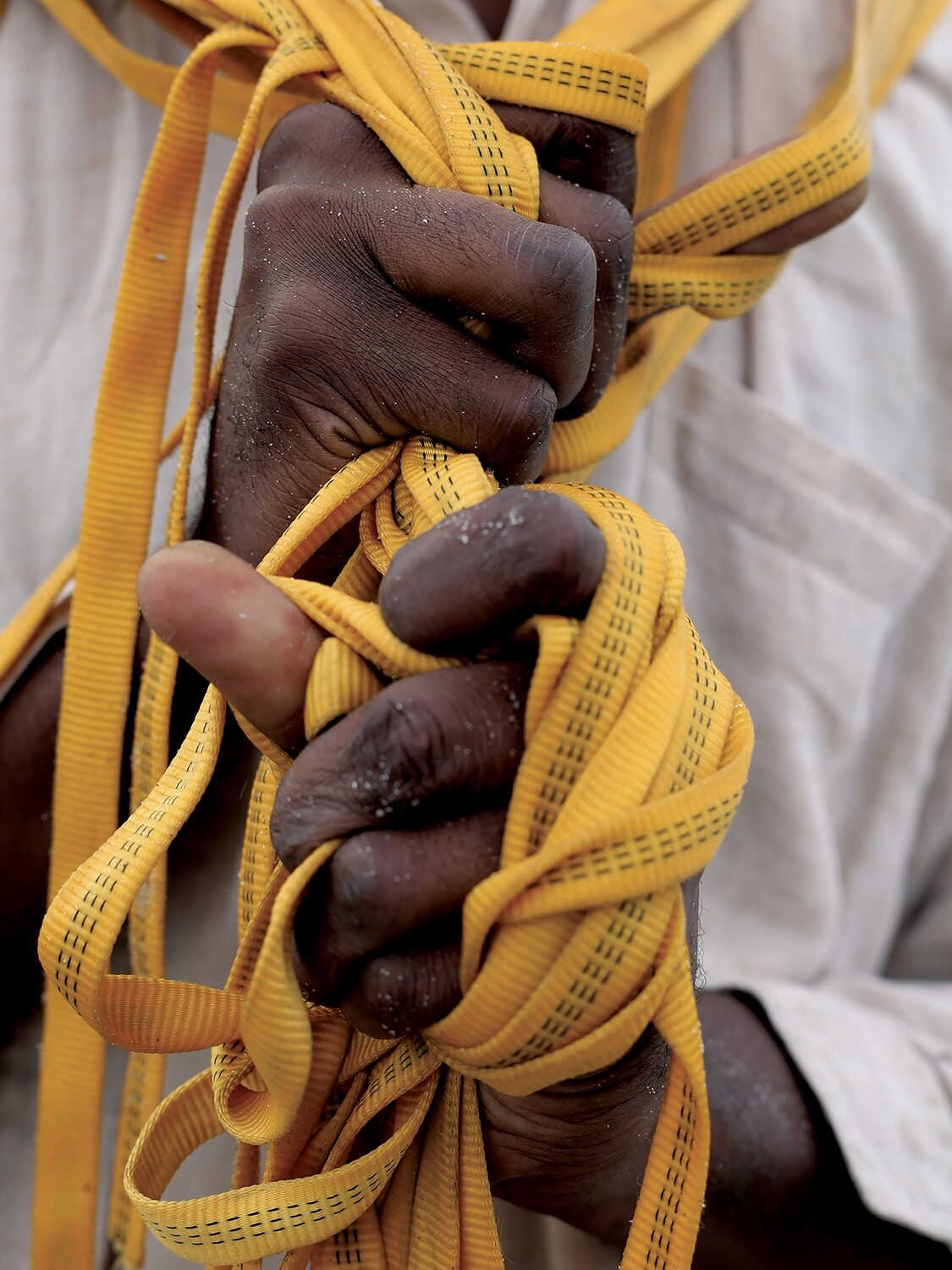 Shipwright is drawn from a series of images created by Schaal and Meyers for the performance GO FORTH. The performance is a reflection on the Egyptian Book of the Dead, inwhich a soul prepares itself for the afterlife through various rituals and preparations. In GO FORTH, the lead performer uses a cargo parachute as their transportation into another world. The poster itself addresses the ways in which Black lives cope with, think about, and relate to death as an ever-present specter.

Kaneza Schaal is a New York City-based theater artist. Her theater works have been presented at venues including Kennedy Center, Brooklyn Academy of Music, Walker Art Center, Museum of Contemporary Art Chicago, Contemporary Arts Center New Orleans, and Cairo International Contemporary Theater Festival. In 2018, Schaal premiered her work JACK & at the CAC. More recently, Schaal directed Bryce Dessner’s Triptych (Eyes of One on Another), which premiered at the Los Angeles Philharmonic. As an actor, Schaal has worked with The Wooster Group, Elevator Repair Service, and Richard Maxwell/New York City Players, among others.

Christopher Myers is a New York City-basedartist and writer. While he is widely acclaimed for his work with literature for young people, he is also an artist and designer. He has held solo exhibitions at Studio Museum in Harlem, Akron Art Museum, and The Mead Museum, and has lectured widely at MoMA, Art Institute of Chicago, Kennedy Center, and Whitney Museum, among others