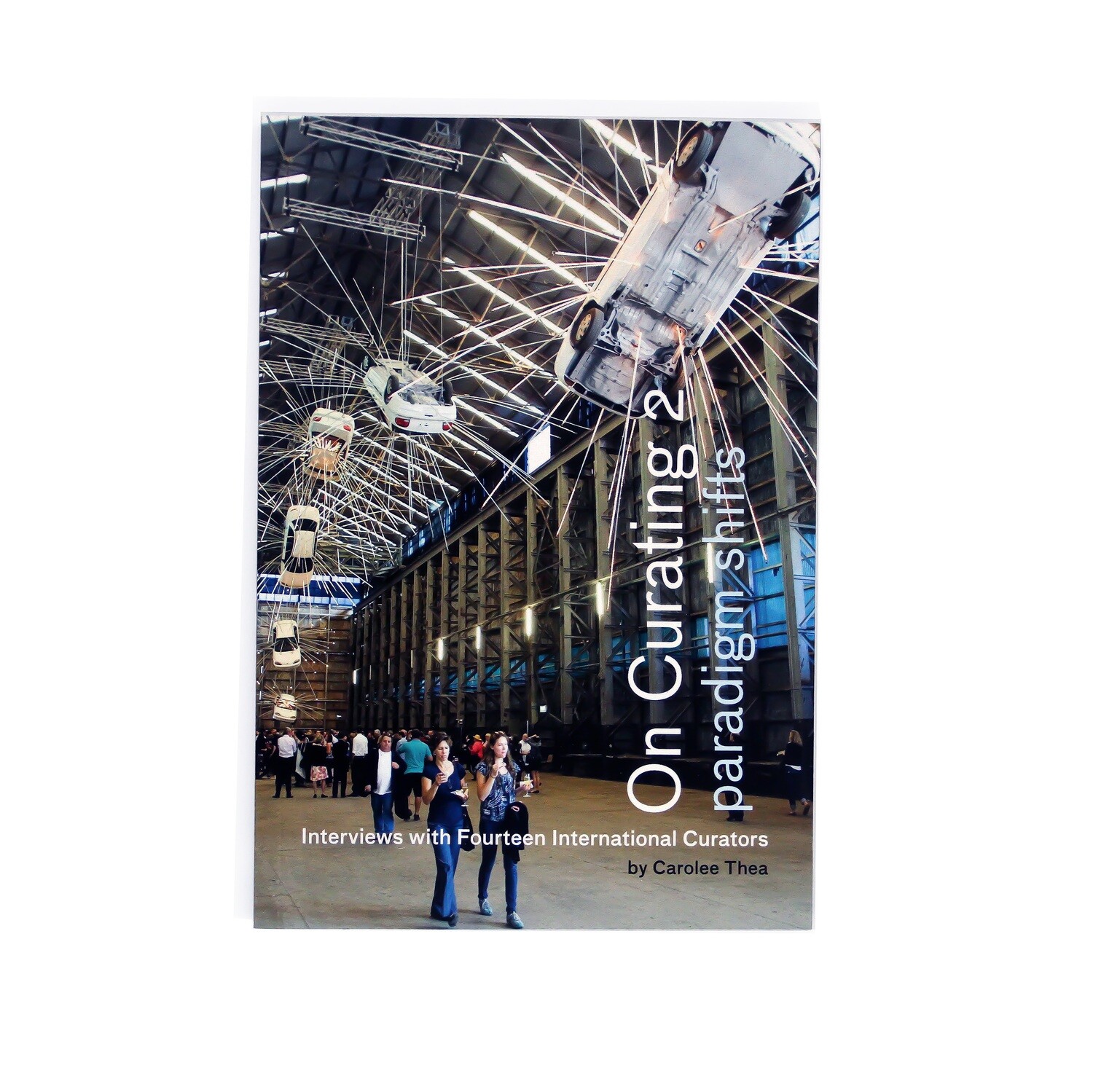 On Curating 2 explores the lively system of art biennials that is thriving around the world—particularly outside Europe and America. Spawned by their more formal Western predecessors and motivated by the forces of history and politics, the newer incarnations of the biennial often occur in the cities of the postcolonial world and the Global South, as well as in former socialist countries. The new generation of curators who are organizing these surprisingly provocative and experimental exhibitions hail from cities as diverse as Bogotá, Dakar, Havana, Jakarta, Jerusalem, Lagos, Mumbai, Seoul and Zagreb, and they are the subjects of the interviews collected in this book. Thea’s interviewees are Nancy Adajania, Wassan Al-Khudhairi, David Elliott, Mami Kataoka, Sunjung Kim, Koyo Kouoh, Gerardo Mosquera, Ugochukwu-Smooth Nzewi, Jack Persekian, José Roca, Bisi Silva, Carol Yinghua Lu, Alia Swastika and WHW. On Curating 2 also includes color illustrations of works by El Anatsui, Boris Groys, Cai Guo-Qiang, Fiona Hall, Mona Hatoum, Pablo Helguera, Emily Jacir, Michael Joo, Paul McCarthy, Ana Mendieta, Zanele Muholi, Issa Samb, Do Ho Suh and Rirkrit Tiravanija, among many others.