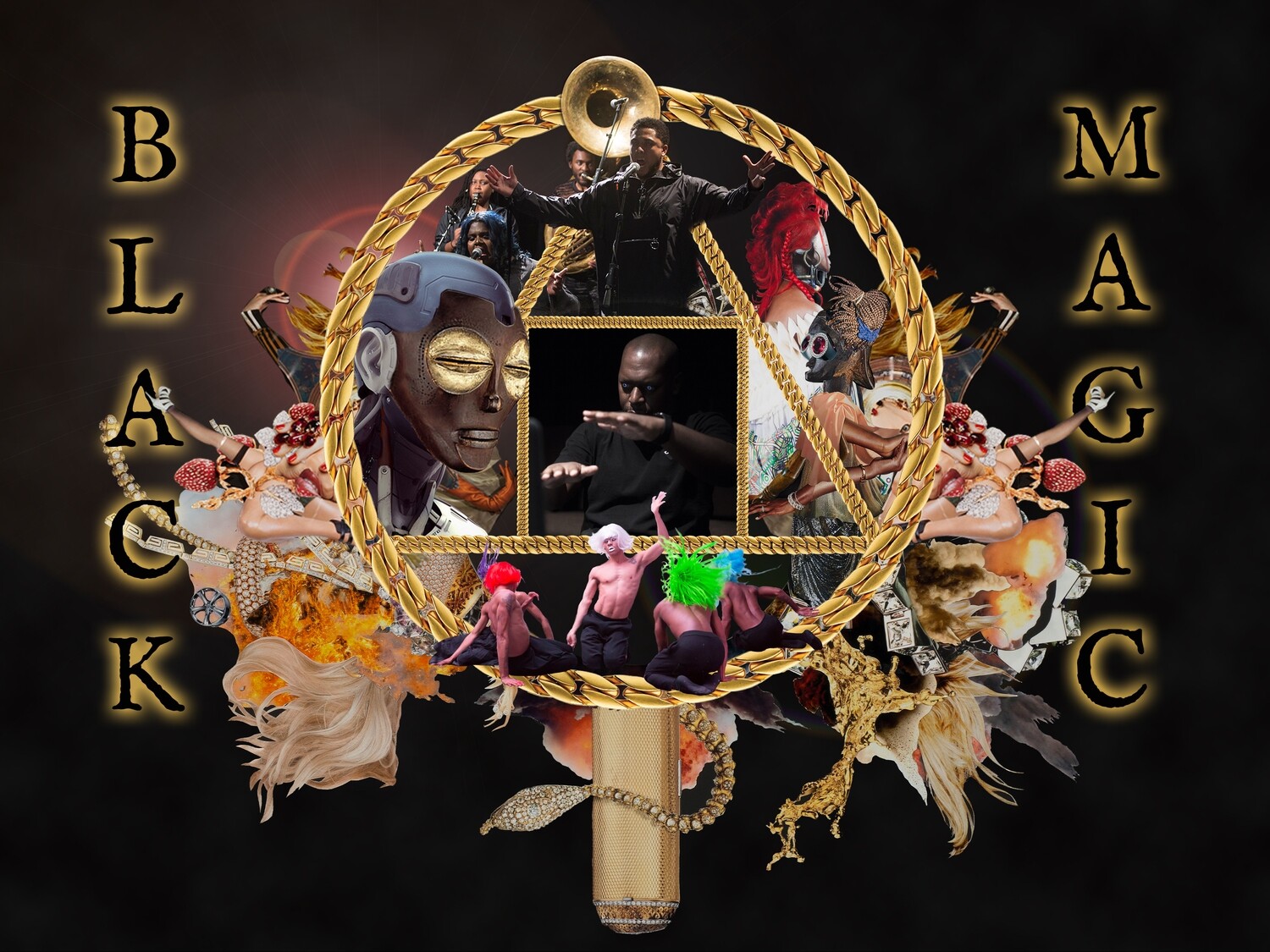 Rashaad Newsome is a multidisciplinary artist whose work blends several practices, including collage, sculpture, film, photography, music, computer programming, software engineering, and performance. Using the diasporic traditions of improvisation and collage, he pulls from the world of advertising, the internet, Black and Queer culture to produce counter-hegemonic work that draws connections between social practice, abstraction, and popular culture. Black Magic, presented in 2019 by New York Live Arts, Philadelphia Photo Arts, and Icebox Project Space, is a multifaceted project that includes images, site- specific installation, and performance. Utilizing his characteristic collage- based practice, this poster is a holistic reflection on agency, Blackness, and the futurity of intersectional identities and oppression.