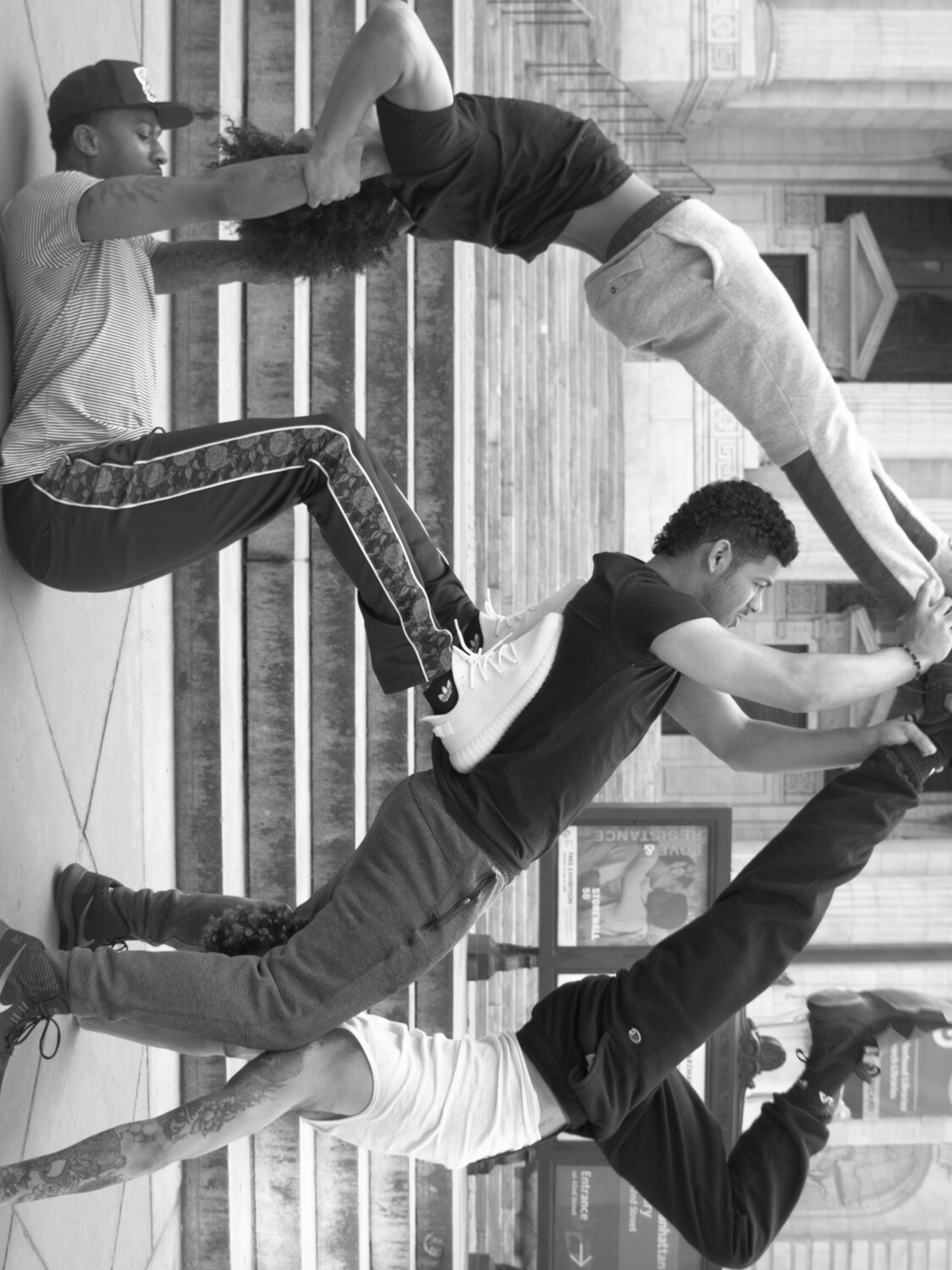 Steffani Jemison works with video, sound, performance, drawing, and sculpture to challenge established histories, knowledge hierarchies, and socio-political values with a focus on Black vernacular culture. Employing tools borrowed from conceptual art, cinema, fiction writing, and improvisation, she uses personal narratives and historical archives to reframe the past and examine alternative ideologies of so-called “progress.” Untitled Support Study In Succession (2019) relates to a series of videos by the artist that reference historical episodes from the early 20th century wherein athletic black figures were characterized as super-human after alleged attempts to escape, rescue, or steal. Jemison seeks to complicate this reading by capturing present-day imagery of disciplined movement practices that combine parkour, contact improve, and acrobatics to foreground themes of agility, balance, exteriority and resilience.

Jemison was born in 1981 in Berkeley, CA and raised in Cincinnati. She received her BA from Columbia University(2003) and her MFA from The School of the Art Institute of Chicago (2009). Her work has been the subject of solo exhibitions and special projects at LAXART, Los Angeles (2013); RISD Museum, Providence (2015); Mass MoCA, North Adams, MA; Jeu de Paume, Paris (both 2017); Nottingham Contemporary (2018); and the Stedelijk Museum, Amsterdam (2019), among others. She has been included in numerous group exhibitions at the Studio Museum in Harlem, New York (2012); The Drawing Center, New York, NY (2015); Institute of Contemporary Art, Philadelphia; Museum of Contemporary Art Chicago; and the Whitney Biennial, NewYork (both 2019). Jemison currently lives and works in Brooklyn.